“An old-fashioned, deep south sweet potato pie that’s creamy, delicious and full of flavor. Using brown butter and a hint of citrus to kick it up a notch without losing that old school flavor!

Watch me make this southern sweet potato pie from start to finish!

“Will you make me some black people food?” This was a question by my then 7-year-old niece Rayvn that still tickles me to this day! She is biracial and apparently that day she was needing her black people food fix. 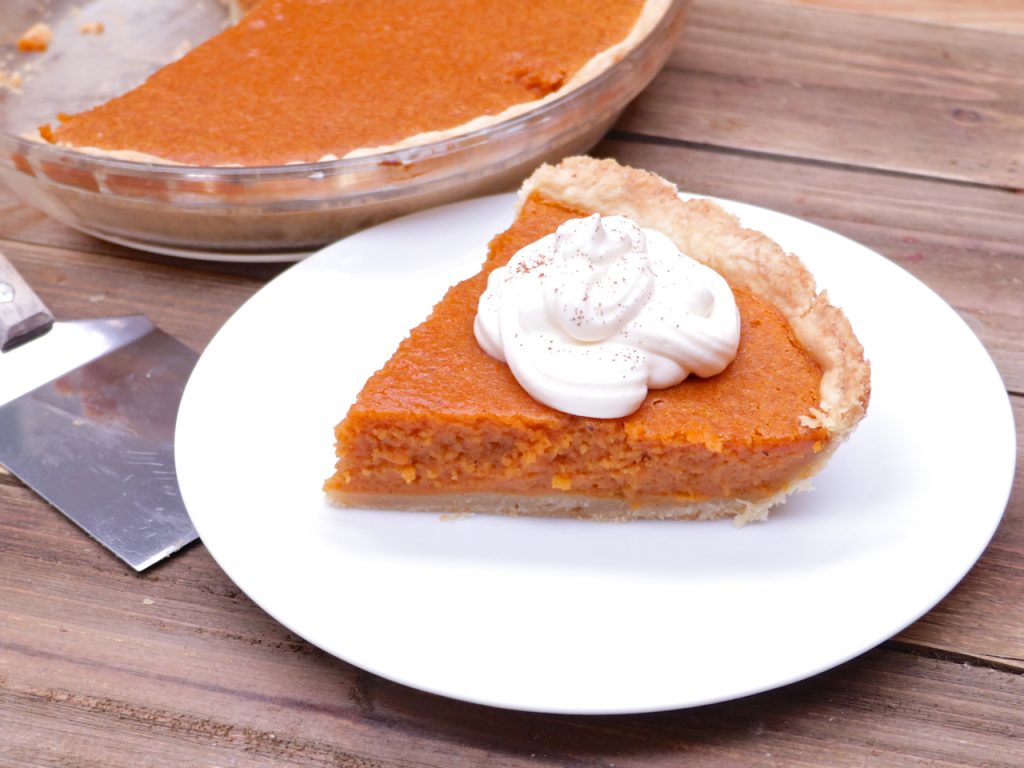 She is 22 now and she still wants to know when I’m cooking something. Gotta love her!  Apparently, she isn’t the only person requesting “black people food”  because one of the top requests for the keywords  “sweet potato pie” on google is “black folks sweet potato pie recipe”.

So yall want a black person’s sweet potato pie recipe huh? Ha! Too funny, but I think I might can help with that! 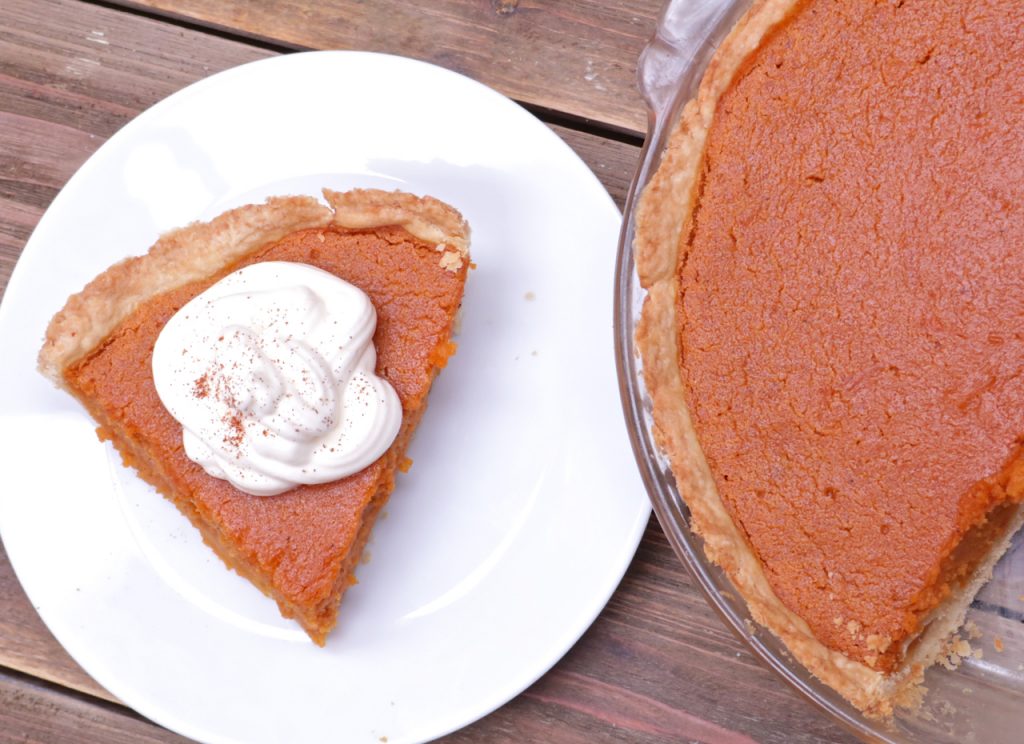 However, NO sweet potato pie holds a candle to the sweet potato pie I use to have after church in Elberton, GA.  I don’t know who use to make it but it was one of the first things I’d go to in the lunch line and I think I FINALLY figure out the secret ingredients!!!

I remember the pie tasting like it had nuts or maybe even some toffee in it but it was just as creamy and smooth as ever. The flavor was so deep & rich, sweet but yet somehow that fresh sweet potato flavor was still able to shine through.

What’s the secret? BROWN BUTTER and a splash of orange pineapple juice! Oh and roasting those sweet potatoes!!

Ok, so I’m pretty sure whoever made the pie many years ago at Holly Springs Church probably wasn’t browning butter or was she??? Maybe she was using maple, toffee or maybe she really did put ground nuts in it, heck all I know is that this sweet potato pie tastes so much like hers, maybe even a lil better!

The texture is so fluffy and creamy! It just kinda melts right there on your tongue. And that flavor!! Dear Lordt be some lipo for me today because I had 2 1/2 pieces!! So ashamed of myself….ok I’m over it. Off to get more pie! : ) jk (but not really)

Brown butter has pretty much changed my sweet potato, pecan, and pumpkin pies life. It adds such a deep, nutty, slightly caramel-ish flavor! And yep, roasting sweet potatoes for sweet potato pie is pretty much the only way I roll these days. It brings out such a rustic, naturally sweet flavor.

Now let’s talk CRUST for a minute. Use my Buttery Deluxe Pie Crust recipe. Sorry if I’m being bossy but that’s what you need to use. It’s still hands down my favorite pie crust ever!  A flavorful crust + A flavorful sweet potato pie….catch my drift here!! It’s an overload of good stuff for your mouth…you’re seriously standing close to the edge of marriage proposal territory.  The best part is that it’s crazy easy to make so no excuses people!! “Make the crust Annie-Mae!!!”

Even though brown butter is easy to make, I don’t make it all the time for my pies. Usually only for holidays or if someone is paying me to make them one.  It’s just a little extra layer of flavor (and love) to add in if you have the time. So worth it though!

When I first made this pie last year, I was curious to see what my hubby thought of it. He is team Patti Labelle’s sweet potato pie all the way, but took one bite and gave me two thumbs up. He coined it the best homemade sweet potato pie he’s ever had (over my normal sweet potato pie) and “Patti Pie” still holds the place for the best store-bought pie in his book.

I guess I can live with that…not unless I decide to introduce my own line of desserts. Watch out, Patti! : ) 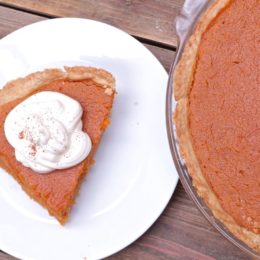 Brown Butter: Brown butter can burn FAST so keep your heat on medium if it's your first time making brown butter. I like to taste the butter and if it has a slightly nutty, unsweetened caramel flavor it's done! If butter burns or taste like smoke, toss it and try again.
Adding the eggs: It's important that you taste your mixture once you've added all the ingredients so that you can adjust the spices to your liking. If you are nervous about tasting the filling with the raw egg in it then add all the other ingredients except the eggs, taste and adjust your spices and then add the eggs once you are content with the flavor.
Cuisine: southern
Course: Dessert
Author: Divas Can Cook
Serving: 0g, Calories: 0kcal, Carbohydrates: 0g, Protein: 0g, Fat: 0g, Saturated Fat: 0g, Polyunsaturated Fat: 0g, Monounsaturated Fat: 0g, Trans Fat: 0g, Cholesterol: 0mg, Sodium: 0mg, Potassium: 0mg, Fiber: 0g, Sugar: 0g, Vitamin A: 0IU, Vitamin C: 0mg, Calcium: 0mg, Iron: 0mg
Tried this recipe?Mention @divascancook on Instagram or tag #divascancook.