I wasn’t introduced to Hamburger Helper until I got married.  It was part of my husband’s pre-marriage meal rotation which consisted of 3 meals; Hamburger Helper, spaghetti with sauce and cereal. Seriously, that was his diet. Bless his heart.

You can’t go wrong with a homemade skillet dinner on a busy day!

I grew up with a meal very similar to Cheeseburger Macaroni Hamburger Helper but it was homemade and called cheesy beef and macaroni. It was a quick, cheap, wholesome, weekday meal that my mother made  often on PTA nights or whenever we were really pressed for time/money.

It’s ALL about the spices that really bring out the flavor!

I thought I was done with boxed Hamburger Helper until I had my son. We ended up getting a box one day when we were out of town and he loved it.  I didn’t mind. It was easy to make, made him happy and I just loved that little glove and how those commercials made family dinners look so fun and easy. Well one day when I was making his favorite kind, Cheeseburger Macaroni I decided to look at the ingredients and WTH!

I’m not normally an ingredient snob but why the long list of ingredients, dyes, msg and weirdy stuff just to make a pot of macaroni, beef and cheese? I ended up throwing it away and making a pot of homemade hamburger helper . We’ve been doing it this way ever since. 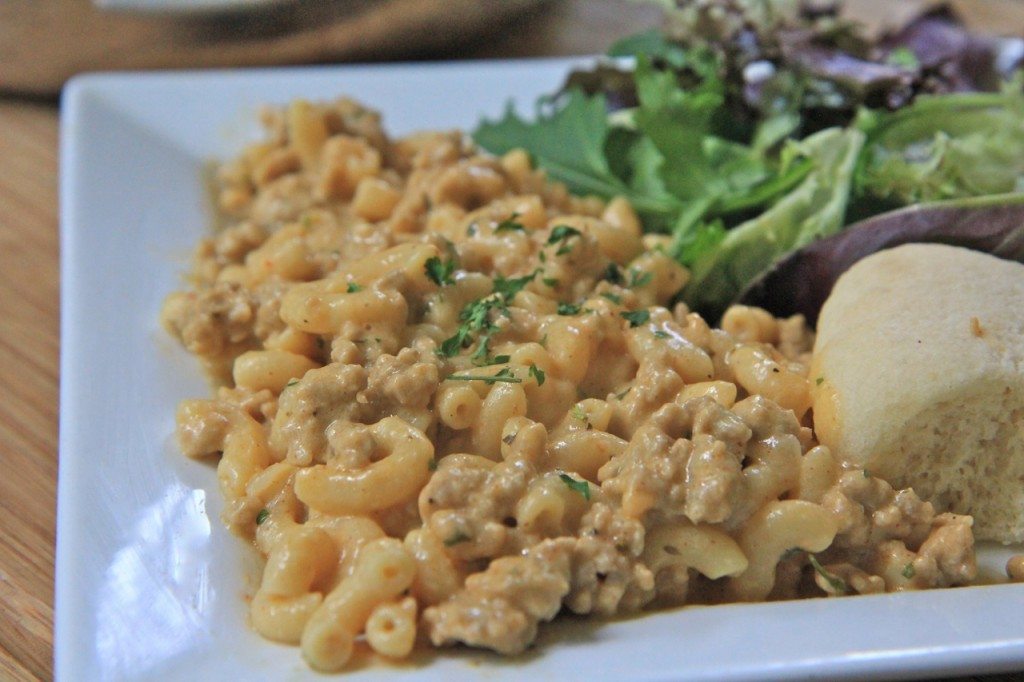 This homemade Hamburger Helper uses real ingredients: macaroni, meat, milk, water, cheese and spices, THAT’S IT!  It tastes fresh, comforting, cheesy, meaty, and filling, just like it should. And best of all it’s just as quick as the boxed version. I use ground turkey in place of beef simply because we don’t eat much red meat in this family. I don’t normally cook with much cows milk either but I love it in this recipe because it makes for a really creamy cheese sauce. For the cheese I use a mixture of shredded cheddars. Hamburger Helper uses ricotta as well and sometimes I’ll mix a little of that in for creaminess but only if I have some on hand which I usually don’t. 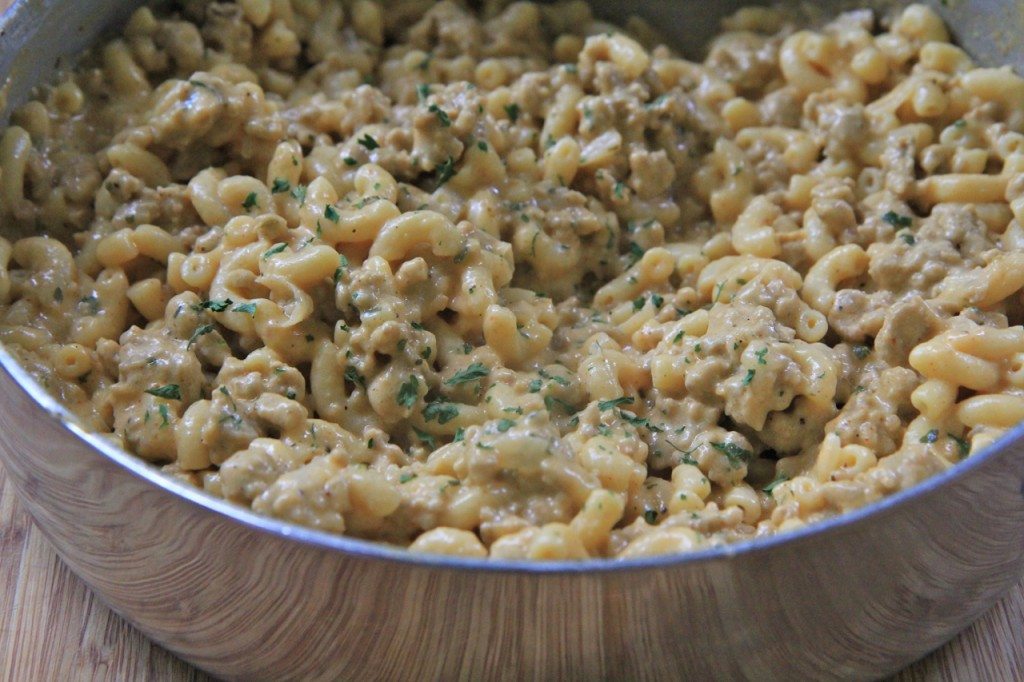 If you’re a true, die hard Hamburger Helper fan you may find that it doesn’t taste EXACTLY like hamburger helper. I think it taste waaay better and Isaac doesn’t even know the difference, but if you’re trying to ween your addicted,older kids off of it then you may want to throw in a little processed cheese for a familiar taste.

Watch me make this Homemade Hamburger Helper from start to finish!

By divas can cook

Husband: I want to discuss something with you when