Something about the words “apple crisp” just makes me feel all cozy inside. I immediately think about colorful fall leaves, comfy sweaters, and  crisp autumn air. Probably because  the only time we had apple crisp growing up was in the fall time when fresh farm apples were everywhere.

I could always tell when apple crisp was in the oven from that signature buttery, cinnamon apple caramel aroma! It is heaven and I can truly say that every part of the apple crisp is my FAVORITE!

My grandmother always diced up tiny pieces of  caramel chews and sprinkled it throughout the apple crisp. It gave it that simple extra something and now I find myself doing the exact same thing. I mean if you’re gonna have apple crisp you might as well have caramel apple crisp right?

This caramel apple crisp is divine! Loaded with tart, granny smith apples that compliments the sweet caramel and that buttery, cinnamon oatmeal crisp topping so well. It’s sweet but not too sweet for a scoop of vanilla ice cream on the side! Speaking of which, is apple crisp really complete without vanilla ice cream? It just seems….unnatural.  So be natural. 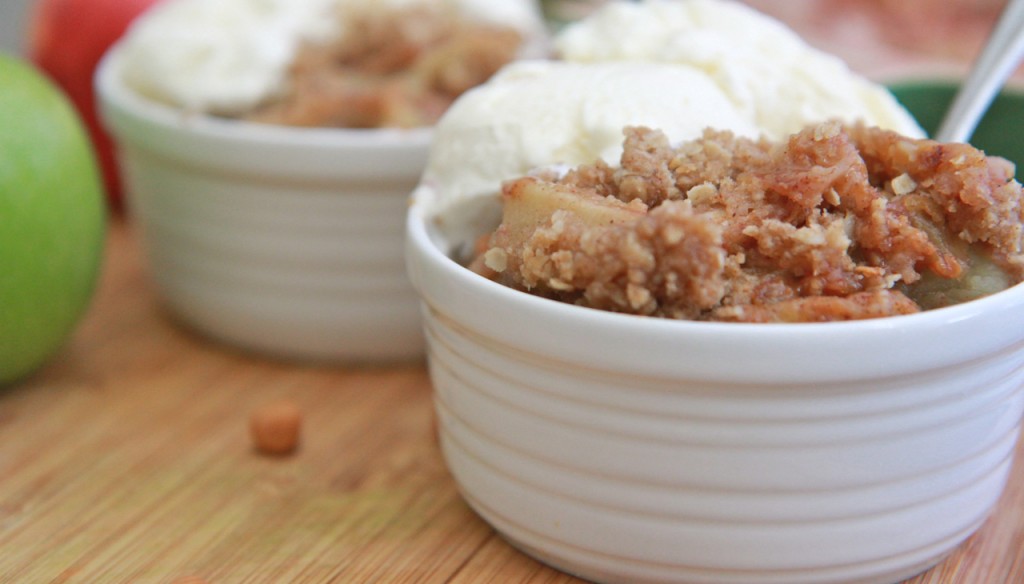 This caramel apple crisp is such a comforting classic dessert and comes together so easily with simple ingredients.  It’s the perfect ending to a fall dinner and company worthy.

If you’ve got yourself some apples you need to get rid of I implore (new word I can’t stop using) you to make this caramel apple crisp recipe….like… ASAP!!

Watch me make this caramel apple crisp from start to finish! 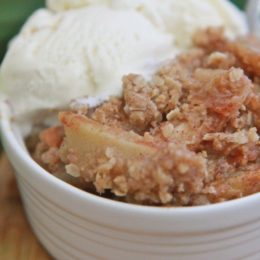 Get the Recipe: Caramel Apple Crisp