Well guys, this is my final post partnering with America’s Dairy Farm Families and Importers. I hope you’ve enjoyed all of the yummy recipes and learning about dairy as much as I have!

If you missed those recipes, check them out here!

Today I’ve got another fantastic ice cream recipe to share but first let me tell you about my trip to the dairy farm! I mean what better way to wrap up all of this dairy talk than to visit a real dairy farm, right!?

My family and I woke up bright and early and traveled to White Rock Farms in Peachland, NC! I hadn’t been to an actual dairy farm since elementary school, so I was excited to check out the process! Now, for some reason, I was expecting to pull up to an old farm and be greeted by someone wearing overalls and a straw hat. I mean Old McDonald is real, right?

Instead, we arrived at this gorgeous, impeccably maintained facility. Roddy, a young, friendly, first-generation dairy farmer welcomed us at the door. Ok, so farming has changed.

We immediately went into the building to begin the tour. The first room was pretty impressive! It was like a cozy conference room with an enormous window to view the entire milking operation. I never really thought about what all goes into milking a cow. Roddy explained that a cow must be willing to give her milk. 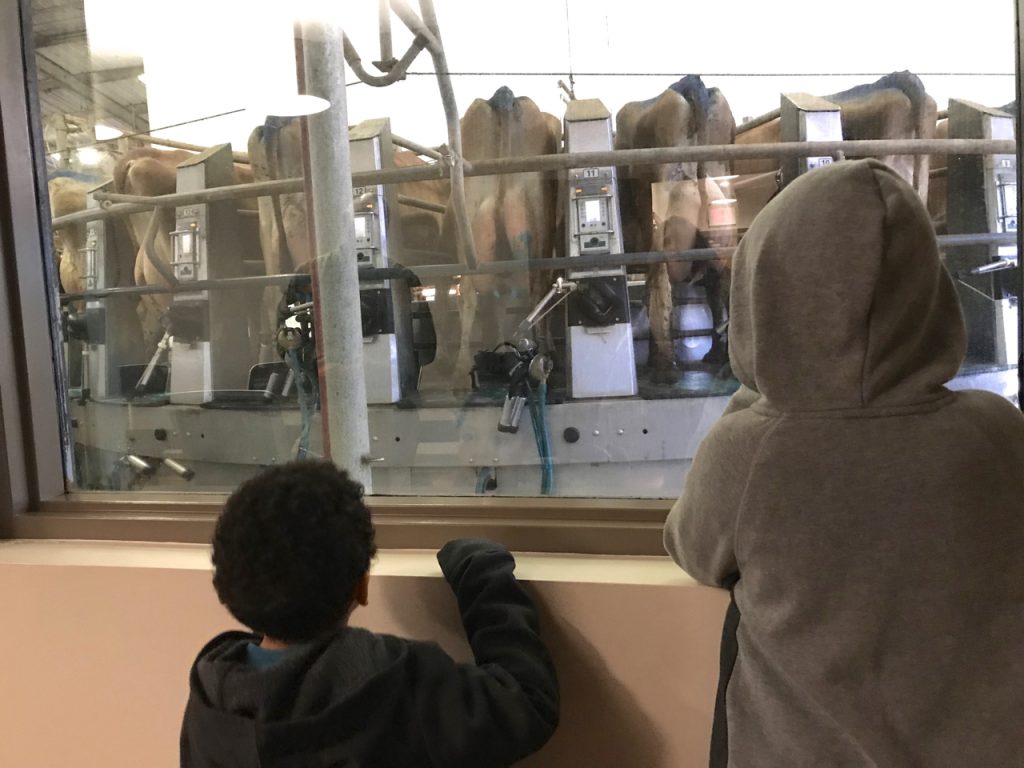 “All the other events leading up to her giving milk shape her health, productivity and her experience. The more positive all of those things are for her, the better off we all are,” he says.

The process was seamless and amazing to watch. Technology is indeed changing everything, including dairy farming by making it more efficient.

On White Rock Farms, software is used to keep highly detailed records of each cow throughout their entire life on the farm. This information allows them to make the best, personalized decisions for each cow. 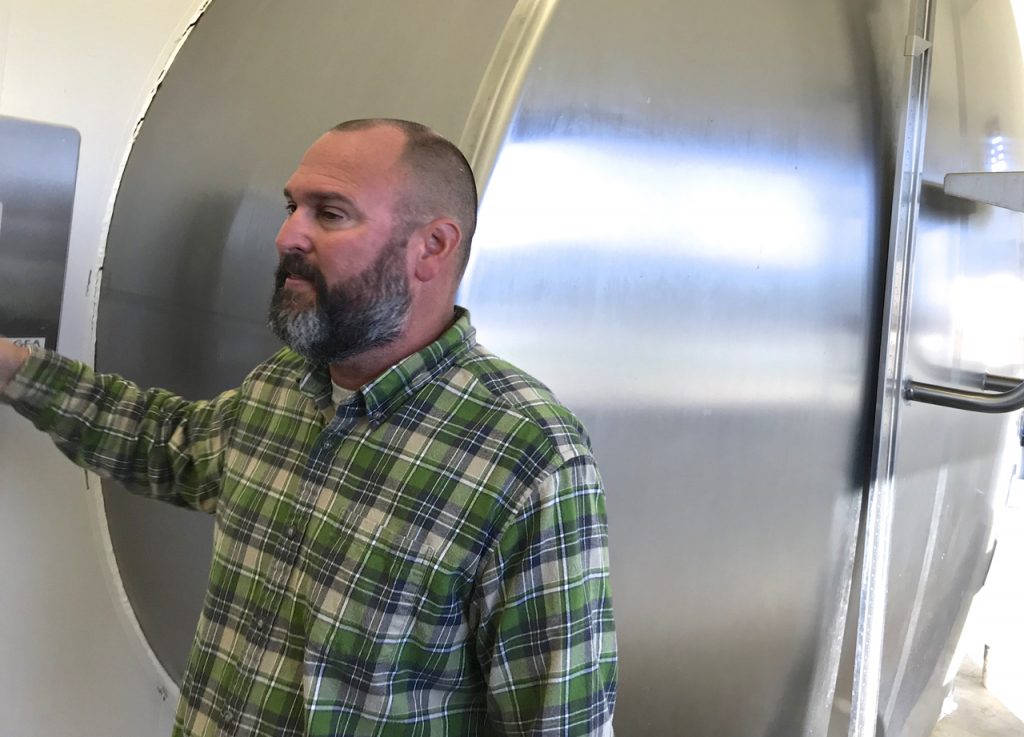 “We use modern technology that has been proven through research to improve our ability to care for animals,” Roddy says, “much like the way modern technology in hospitals today afford us as humans better care than we could have received many years ago.”

Technology is also used on the fields at White Rocks Farm to ensure the farm is producing the very best crops to feed its cows. Its fields get soil-tested once a year, and these tests show the makeup of the soil. With this information, the farm knows what is needed to produce the highest quality crop to feed the cows. 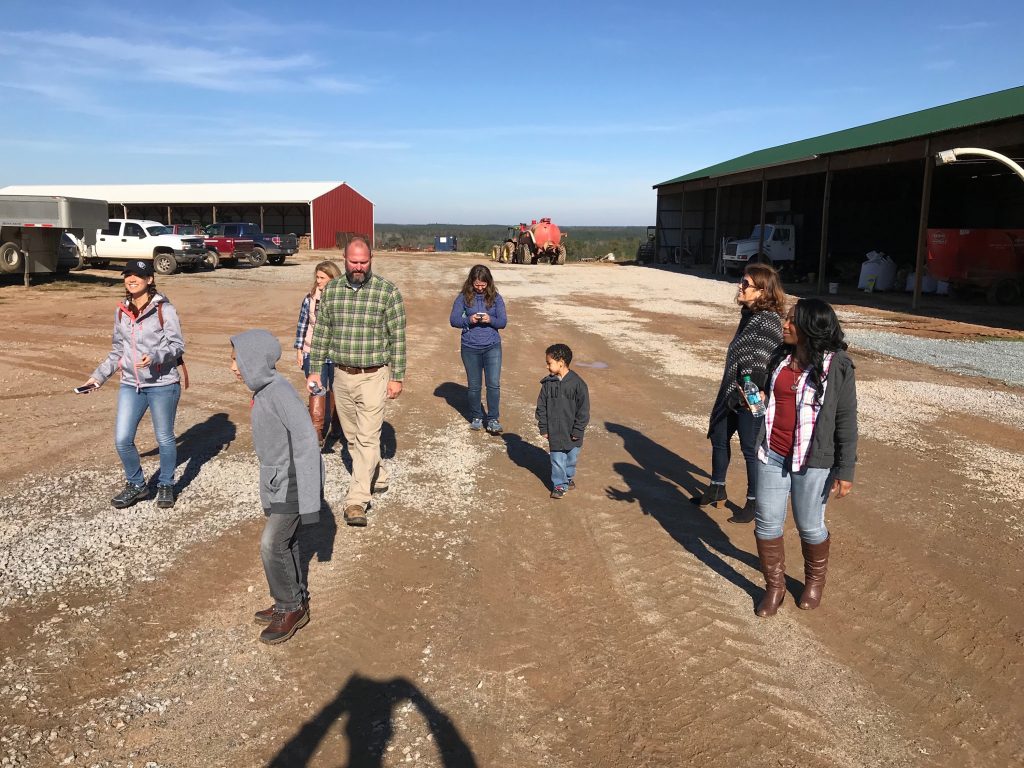 Before heading outdoors, we stopped in the kitchen for snacks and drinks. Um, this kitchen, goodness! Can you imagine the cool cooking videos that could be made in there!? A girl can dream! And yes, that was a Divas Can Cook pound cake recipe they made for us. Southern hospitality was alive and well on this farm. 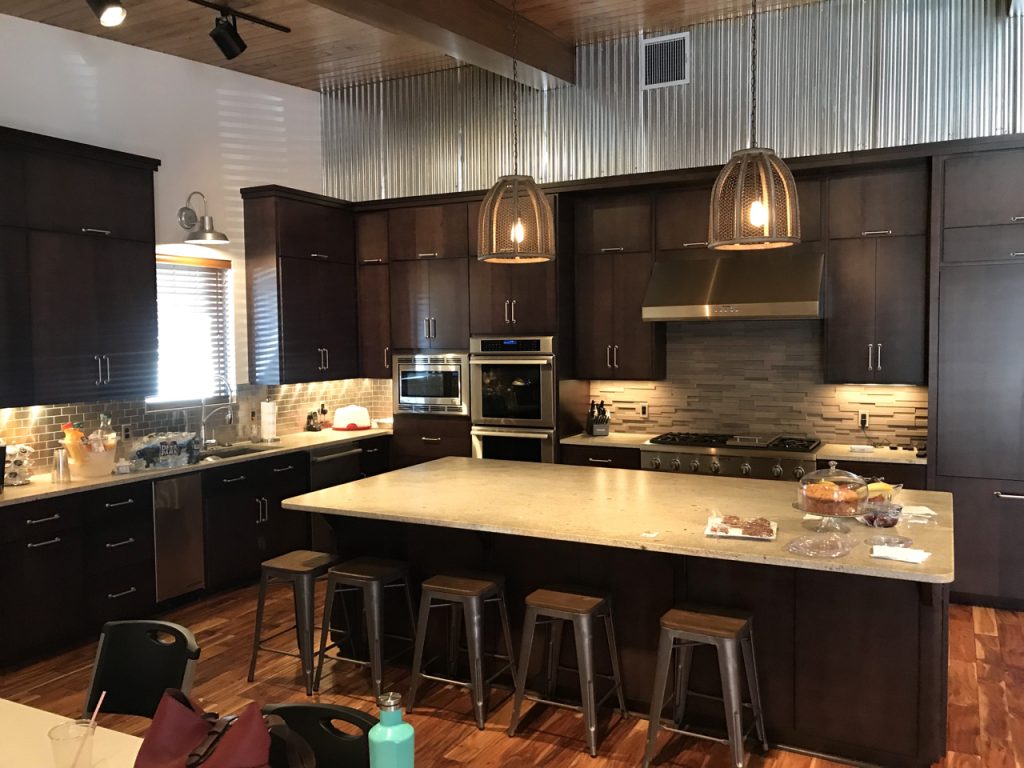 Walking outside, we learned about the many ways they recycle water, energy, and nutrients. Cow manure is collected, stored and tested which is then used for growing crops to feed the cows.

Water is reused many times on the farm as well. It is used to cool the milk which uses less electricity. That same water can then be used for the cows to drink or to clean the parlor.

Even sand bedding is washed, dried and reused. We had a fantastic time and learned so much! We were even lucky enough to have a calf born during the tour.

After the tour was over, we sat around talking and eating. Roddy and his family were so warm and knowledgeable. I’m excited to see all of the great things that are in store for their farm in the future. He mentioned that he’d eventually like to get into selling ice cream on the farm.

The boys thought it would be a cool idea to come home and make some ice cream, which we named after a cow on the farm, Buttercup! Today we are making Buttercup Ice Cream!

It’s made with buttercup squash, not to be confused with its cousin, butternut squash. Have you ever had squash ice cream? It may not sound too appealing, but it’s delicious! It’s my favorite way to use up winter squash when I’m tired of eating squash noodles and squash soups! 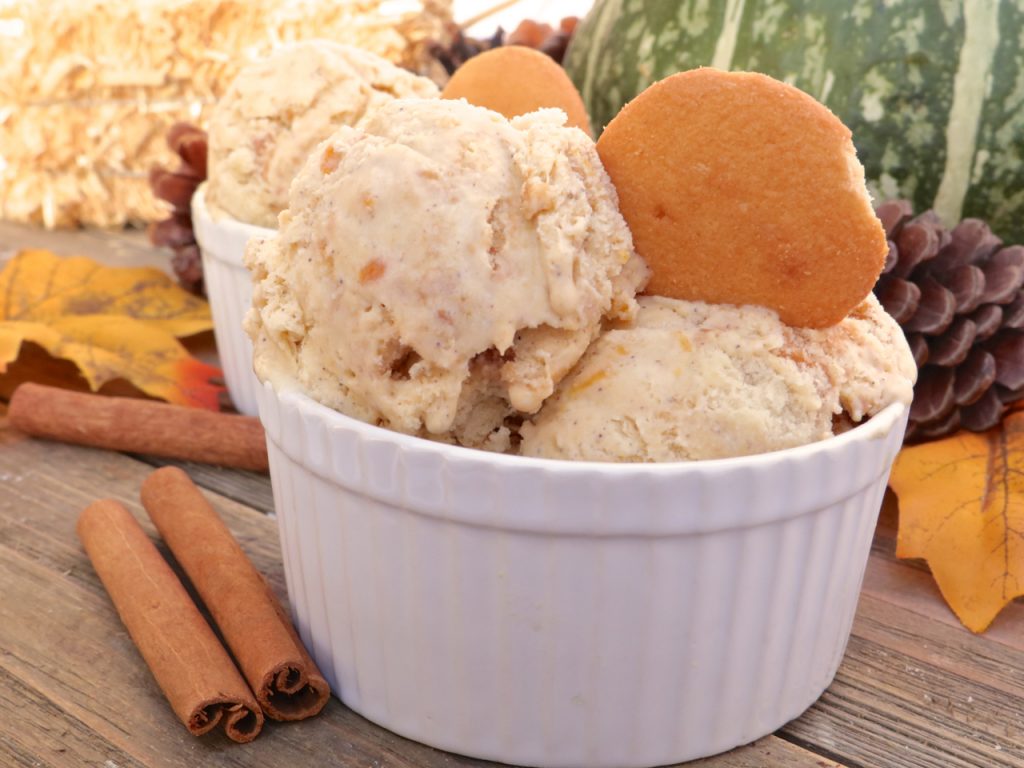 This ice cream is super creamy thanks to all of that heavy cream! It’s spiced with cinnamon, clove, brown sugar, and maple with bits of cookie pieces! It’s such a comforting flavor combination that’s perfect for this time of year.

I hope you guys enjoyed this post because I had so much fun writing it! Thank you, Roddy, for being such a gracious host!

To roast a buttercup squash, cut it in half widthwise. Remove the seeds and discard. Place it cut side up on a foil-lined baking sheet with a little water in the bottom of the pan.
Roast in a 375 F. preheated oven for 45 minutes.
Tried this recipe?Mention @divascancook or tag #divascancook!

This post is created with America’s Dairy Farm Families and Importers, in partnership with the Innovation Center for U.S. Dairy. However, the views and opinions included are my own.

Monique where are you!!!??
Southern Black Eyed Peas w/ Bacon