“Cinnamon sugar french toast sticks! Crisp on the outside, soft and fluffy on the inside. No syrup needed!”

I have been on a meal prepping frenzy around here! Ya see, I’m on this mission to simplify every aspect of my life that causes even an ounce of stress.

So far it’s been going GREAT! This week I’ve been tackling the food portion of my stress list. To make my mornings and evenings run a bit smoother I’ve been using my Sunday evenings to prep dinner for the entire week. 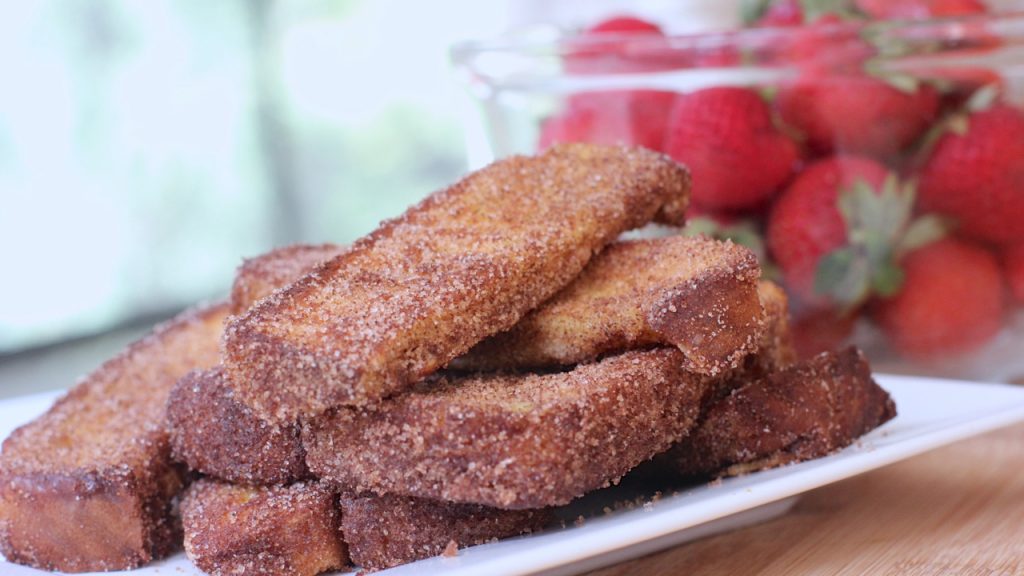 Mainly just the meats since this is what I dread the most . Oh and chopping up all the side dishes.

I can’t tell you what a joy it’s been knowing that a wholesome dinner is already planned out and partially prepped. One less thing to worry about. Dear God I hope I can stick with this because it’s amazing. Highly recommended! 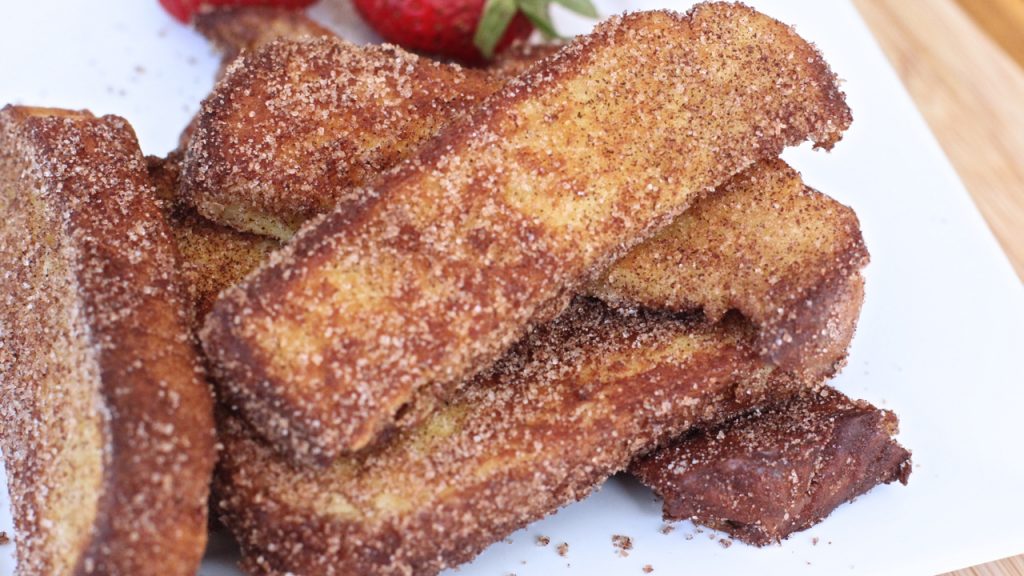 This week I decided to make and freeze these delicious cinnamon sugar french toast sticks for busy mornings! I made one batch thinking I would freeze them for a trial run and we ended up inhaling these things lol  They are so good and easy. 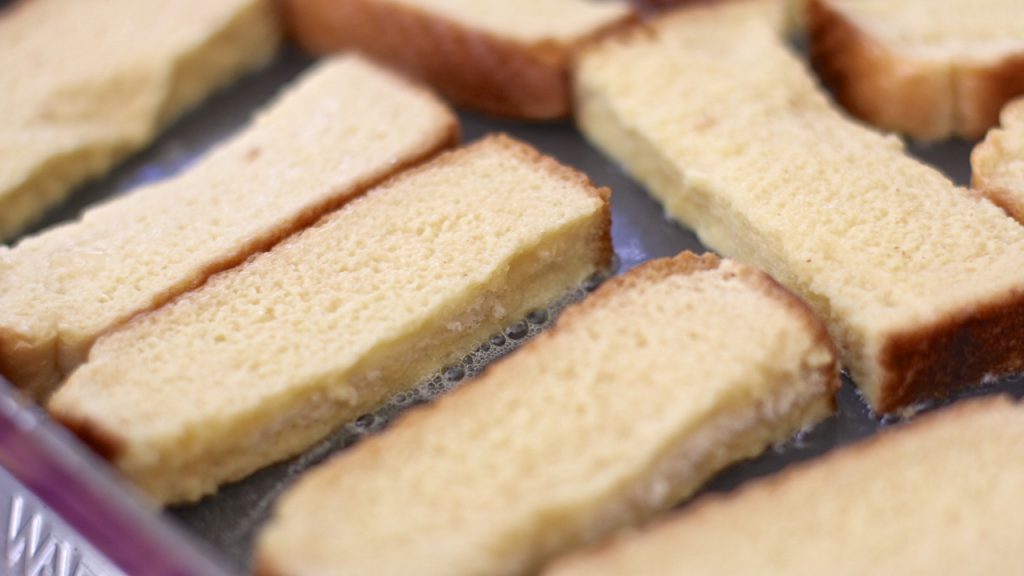 Which was a good thing because I didn’t like the way they reheated with the cinnamon sugar coating. For freezing I think I’ll go back to my old french toast recipe that has the cinnamon and sugar mixed into the egg batter.

Nonetheless, these were awesome though! Sooooo not a healthy breakfast but I had no complaints at all! I paired this breakfast with fresh strawberries, scrambled eggs and turkey sausage. 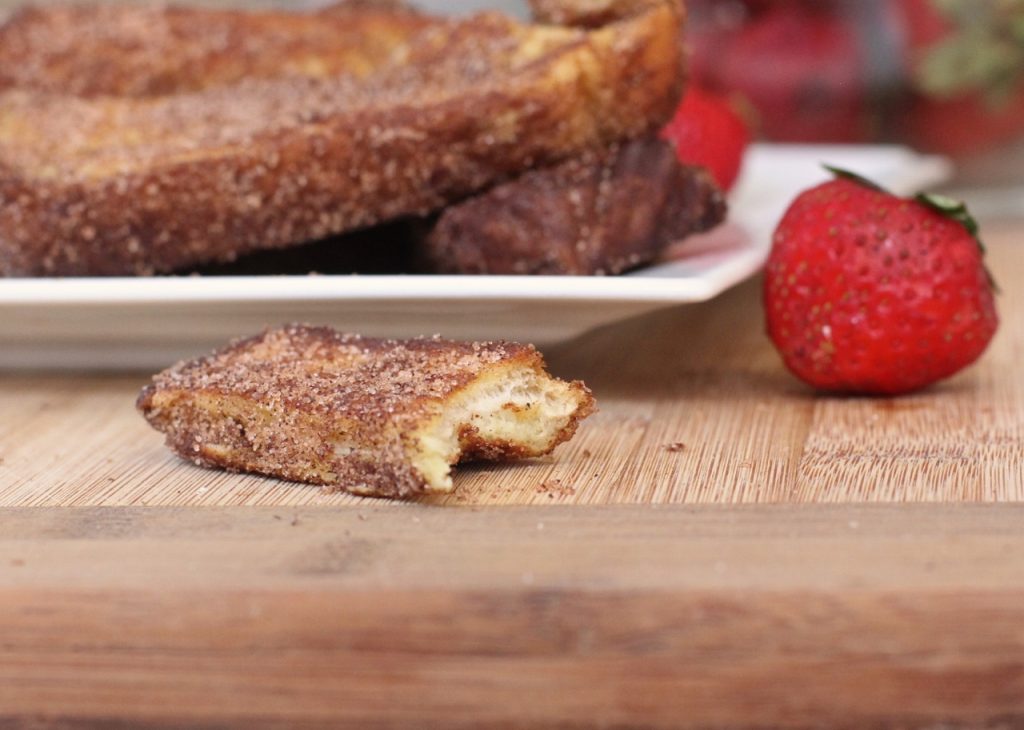 Forget about needing syrup! The cinnamon sugar coating is ALL you will need. Trust me!  These could totally be a dessert and perfect for a brunch.

And I don’t care what anybody says, French toast sticks tastes way better than french toast. Sure they’re the same thing but somehow having it in finger-food form makes it amazeballs! 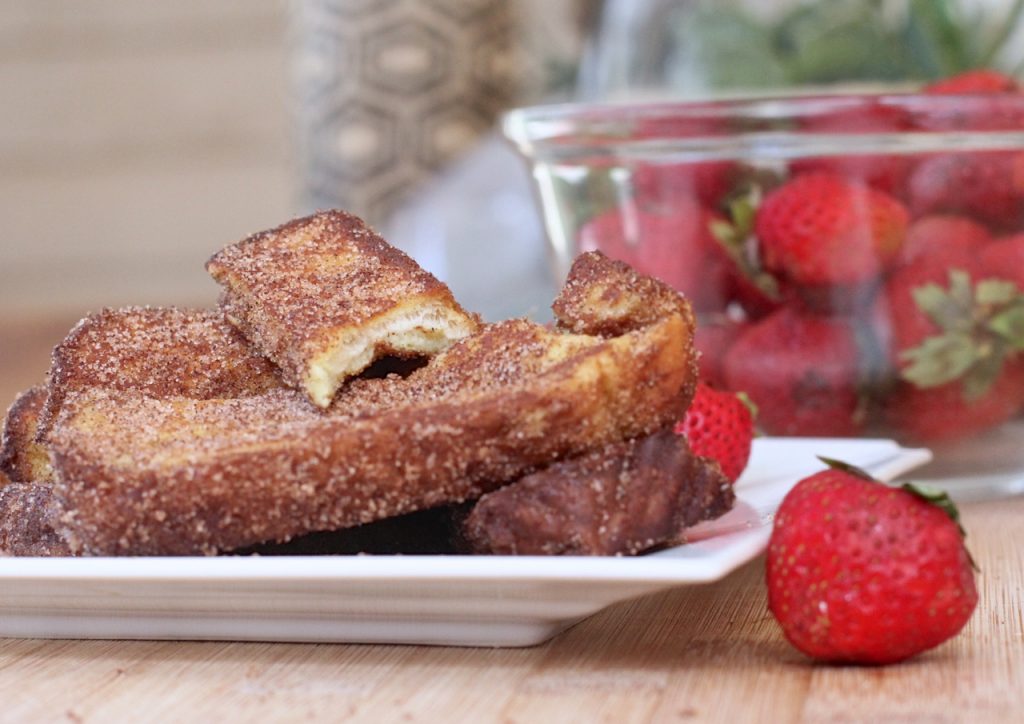 How To Make The BEST French Toast Sticks:

Watch me make these cinnamon sugar french toast sticks from start to finish!